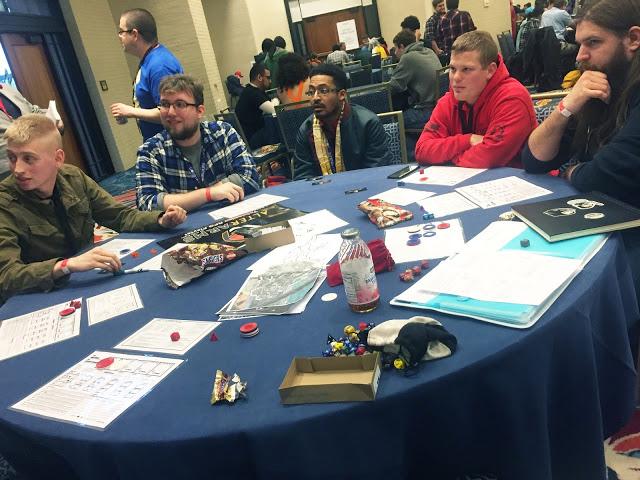 This past weekend I was lucky enough to run some playtests of Alter Arms at Katsucon, an annual anime convention in the Washington, D.C. area. There, I got some great feedback that I wanted to write about in order to review the game’s current status.

I had three sessions of about six players each with most players being in their early 20s, but most having only a peripheral knowledge of the subject matter based on exposure to Power Rangers and Sailor Moon. Most players were experienced with other tabletop role playing games, and those with little to no experience said that they felt they were able to grasp the system pretty well.

Compared to last time, I had pregenerated characters with names and motives written on the character sheets in order to give players material to work with when acting them out. I also increased the difficulty of the encounters, and also increased the characters’ levels to match the challenge. The enemies the players fought were tougher overall, but I think the enemies were at a disadvantage because they were always outnumbered. There was only one instance of a player getting defeated, and that was in part because they made a dice roll that didn’t go in their favor. Players took more damage, though, and the enemies did last longer this time as they were too tough to be taken out with straightforward attacks, so players made use of their abilities, such as team-up attacks, in order to do damage. I might look at just widening the gap between the levels of the heroes and villains in the next playtest, but keep it on the low spectrum of the power-curve. 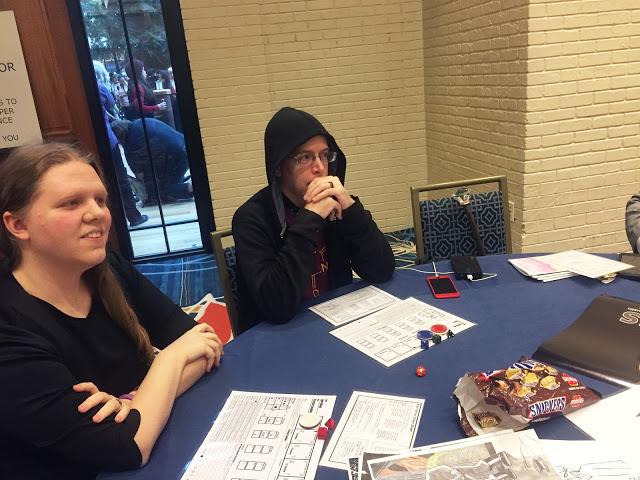 Finishers and combo attacks were introduced in this iteration: players are able to max out their Drama - basically bring themselves to the brink of defeat - in exchange for a larger dice to use for their move. It wasn’t used in any of the three sessions, but I think one way to change it based on feedback is to have Finishers activate special benefits associated with a character’s Powers.

Each form a character takes has a different Power associated with it, such as the ability to draw the enemy’s attack away from allies and onto yourself. A Finisher version of this would make it so that the character can attack an enemy, and if that enemy is defeated, remaining enemies will refrain from attacking that character.

Team-up Attacks are my attempt to simulate the part in tokusatsu shows where the heroes combine their giant robots, or their abilities, for a special attack. In Alter Arms, they work similar to Finishers, with players maxing out their Drama, but in exchange, they can only use dice that are available to the participating characters. Participating characters can mix and match their Vectors, Dice, Powers and Defenses for a number of rounds equal to the number of characters taking part. They get one turn per round, and they choose which character’s Defense in which Vector to use whenever a move is made against them. This was used during the game to defeat a particularly tough opponent who everyone was having trouble with. Players had to work together and found a way to combine their characters’ abilities to defeat the opponent, and were very creative in how they described doing it. I am excited to see how this turns out in future sessions.

I also created cheat sheets to explain the flow of play. There was little said about them, but players did consult them during the game. One thing I noticed was that the text was a little small for one player who had visual impairment, which I want to alleviate in later iterations of the game. 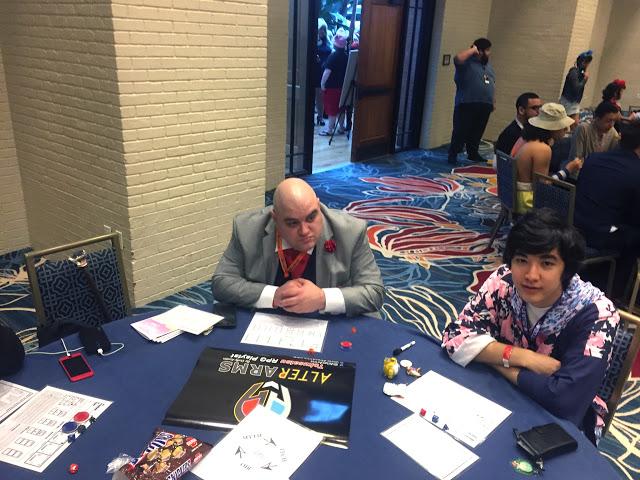 A common response that I appreciate is that players enjoy being able to add flavor to what actions their characters takes. I think that I can further encourage this by explaining at the beginning of the game that they can work with the game master to decide how they can articulate their characters’ actions in the world. Some of the feedback was geared towards how players would like a little more guidance in how Vectors should be used in combat. Out of combat, I broke down the Vectors as being Might equal to physical strength, Brains equal to intelligence, and Soul equal to charisma. Based on suggestions, I think I should describe Might as being for things like melee attacks, throwing objects and feats of dexterity; Brains is for ranged attacks and tactical actions, while Soul is for otherwise impossible feats like magic spells, psychic attacks, or making a speech to the enemy during combat.

A repeated piece of feedback received was that Crashing - the fail state for characters in the game - felt like it had no impact. When a player takes too much Drama, they are reverted back to their Base form and must perform a successful action before they can transform again. I don’t like it when characters are killed in games because that means the player is left with nothing to do while the rest of the group continues on. I tried to alleviate this by getting rid of the death-state and replacing it with this roadblock before players can transform again, but it isn’t having the response I want. Players don’t feel like they’re losing anything when their character is defeated. A good suggestion I had is that a consequence for Crashing can be the loss of experience.

One of the ways that characters can Advance (grow stronger or gain a new Form and Power) is to interact with the world outside of combat. Players can choose to do things that express their characters’ uniqueness, or change the world in some way, and as a result earn experience based off of the difficulty of the action. This experience can be used to enhance rolls, or saved up to Advance. Experience is the easiest way for players to Advance, so I believe the possibility of losing it and not being able to grow stronger is good incentive to keep Drama low.

Another piece of feedback was the concern that there weren’t enough options for defining a character when Advancing. Currently, players are able to advance by raising a Vector or by taking on a new form, which comes with a new Power. Players are concerned that the power curve will force them into putting all of their Advances into one stat, which will make them exceedingly good at that one thing, and allow them to always succeed in combat. Players suggested that they might want to see players options for combat be limited to a specific list of actions. These actions would have specific contexts where they might be more successful, in order to counter one another and help balance the game.

This is a good suggestion, and has been used in other systems like Apocalypse World, But I don’t think it’s necessarily a good system for the game I want to build.

My intent is to allow players a wide range of creative freedom when telling their characters’ stories, and to do it in the least convoluted way possible. I want Alter Arms to be a game that is easy to pick up and get back into after weeks of being away, where preparation for the game is quick and easy so that it doesn’t get in the way of people’s busy lives.

I have worried about the min-maxing possibility in this game, and have taken steps to prevent it by making it so that Advancing in a Vector you accel at is more difficult than doing the same for ones that are weaker.

A complexity of playtests like this is that feedback comes from the perspective of a person who has had limited exposure to the system, and that exposure could be faulty due to me not explaining the ins and outs correctly. What’s more, as I’ve learned from other designers, there are several problems in the design that were previously solved to get to the current build of the game, and some feedback, if implemented, would cause those problems to cascade out all over again.

I may go back to the suggested move options in the future, but at this point I can’t find a way to integrate them in such a way that would maintain my desired outcome for the game.

What do you think? Have any comments or questions about the above? Leave a comment and let me know!