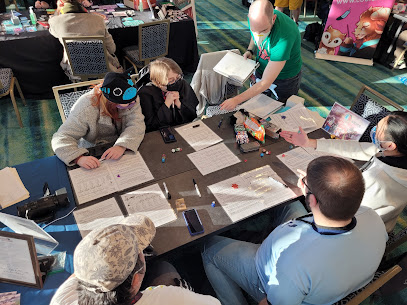 MAGFest 2022 was a great experience! I learned more about encounter balance for both Alter Arms and Skrap Packs, and met a number of wonderful people with some great stories to tell through the games and feedback to provide.

With Alter Arms, the main feedback I got was in terms of learning the system and encounter balance: 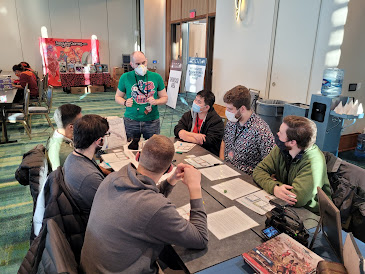 For Skrap Packs, I learned a similar lesson in balancing encounter difficulty. Currently, the system is set up so that players take their turn to do damage to multiple opponents, and once all players have had a turn, the opponents do damage to individual player characters.
I want to change things up by first adding different special effects that different enemies can have, such as being able to attack multiple player characters at once, disarming player characters, stealing from them, etc. This would force players to strategize where to focus their efforts rather than just attack nondescript enemies.
Also, I want to decrease the numerical bonuses players can get to moves, making them slightly weaker in the face of their adversaries. This could also raise the tension of encounters.
The most engaging playtests I witness with Skrap Packs over the weekend was one where the players were more overwhelmed, constantly being disarmed and having tools destroyed. I hope to replicate that more often with these changes.
On a side-note, one prior playtester brought their friend over to see the pre-gen sheet for my Pretty Cure/Magical Girl inspired character. Unfortunately, I left it at home, so I am posting it here now in case they would still like to see it. 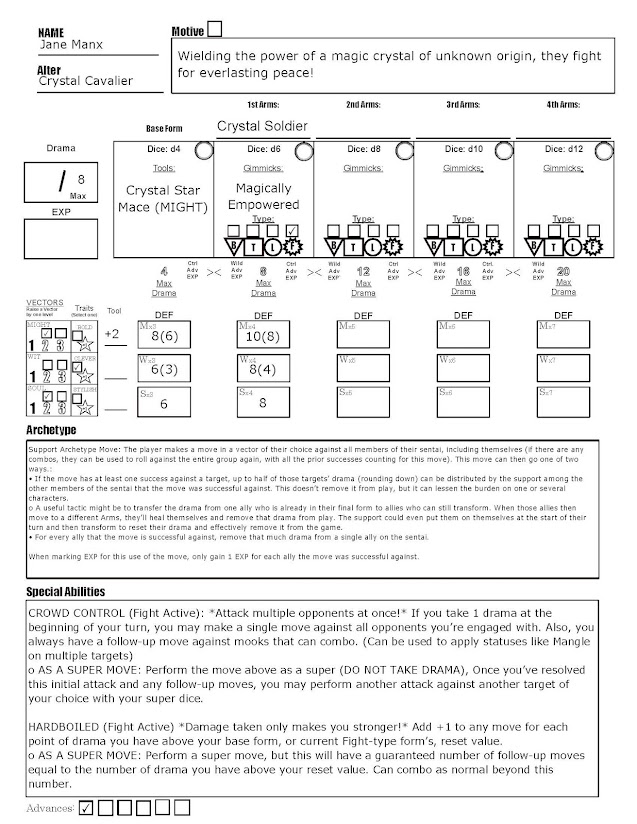 While it makes sense to have a *magical* girl be part of the Lore Arms type (giving them powers based around avoiding taking hits) it felt more appropriate to make a Pretty Cure-inspired character a Fight Arms type, giving them abilities focused on taking on hoards of enemies and getting stronger as they take more hits.
As always, thank you to all of my players both at MAGFest and on my discord. If you're interested in more frequent updates and online playtests for either Alter Arms or Skrap Packs, be sure to join!