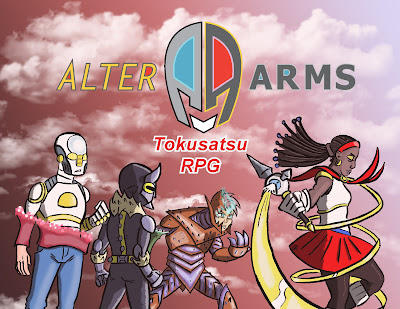 After thorough testing, the Alter Arms system is almost complete. The next step is going to be to get blind feedback from playtesters interested in using the playtest rules to make their own characters and run their own adventures. This means sending out copies of the rules for players to review. I have been gathering emails from interested players, but if anyone would like to take part in this playtest, feel free to contact me by commenting on this post, or notifying me via @AlterArms on Twitter.