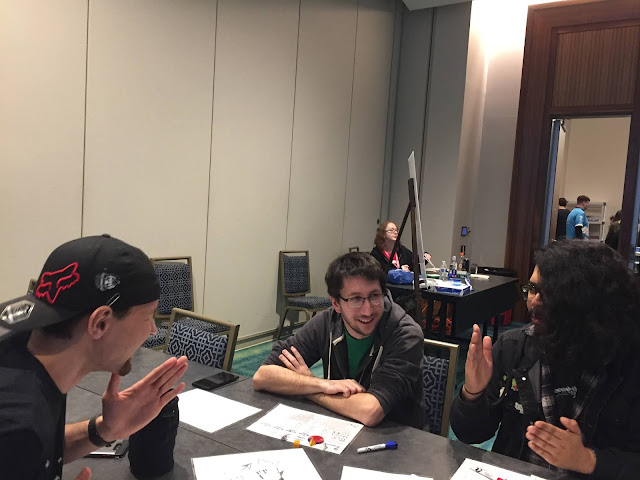 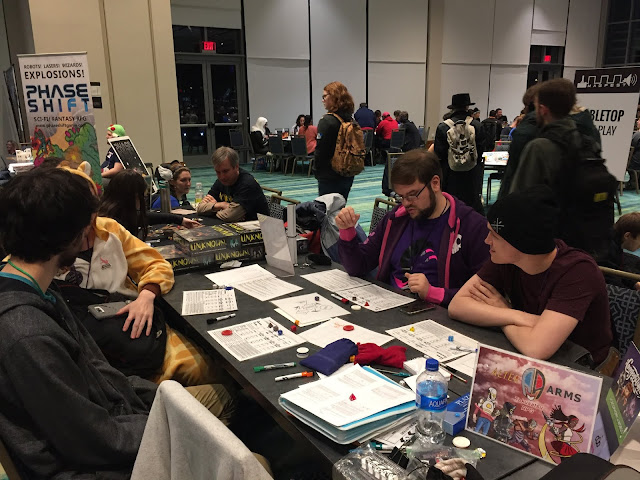 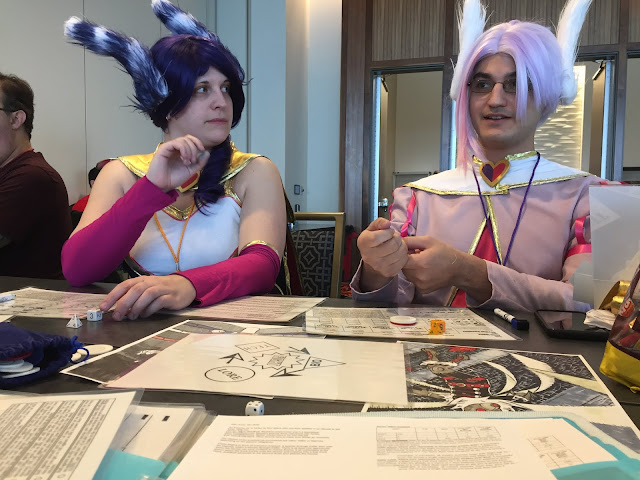 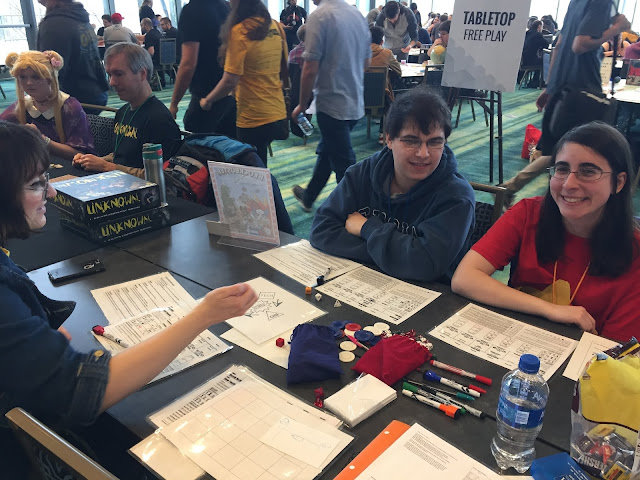 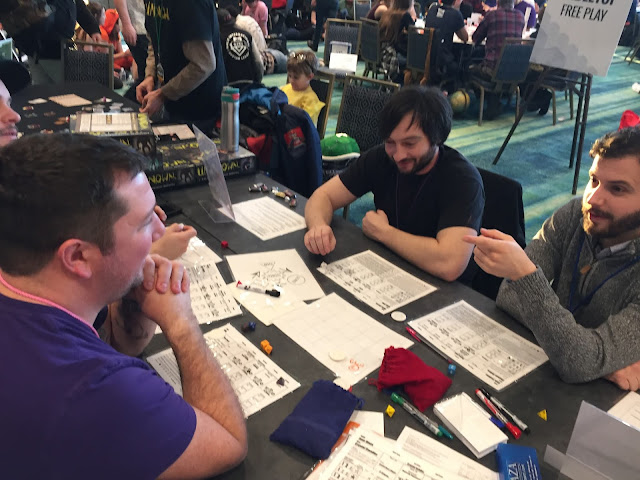 November 12, 2018
During the first week of November, I was lucky enough to attend Metatopia , a gathering of tabletop gaming professionals from around the country and beyond, who come together to talk about the industry and gather feedback on their games. I want to give a brief overview of how my games were received, and what I thought of the games I played. MY GAMES Alter Arms is a tabletop roleplaying game (RPG) that I am designing themed around Japanese super heroes . Players are able to take on different forms with a variety of powers in order to solve problems and defeat enemies. It got the most exposure at the convention, with one hi-test (where only other developers played with the intention of dissecting mechanics) and one lo-test (where casual players and other developers can try out games). Both went well, with the hi-test giving me feedback on how mechanics can be abused and some of the character Powers need clarification in their rules.  One mechanic that was noticed to have a l
1 comment
Read more