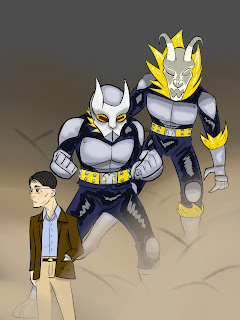 I have two conventions coming up where I’ll be running both Alter Arms and Skrap Packs.
The first is PAX Unplugged in Philadelphia, Pennsylvania at the Pennsylvania Convention Center, Dec. 2 & 3 as part of Games on Demand.
The next will be at Super MAGFest in National Harbor, MD at the Gaylord Convention Center, Jan 5-7, 2023 as part of the MAGFest Indie Tabletop Showcase (MITS). 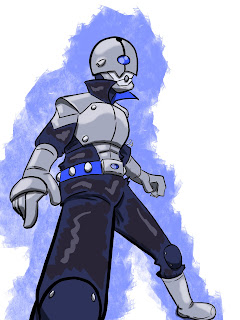 Some changes I am implementing for playtests the playtests include:
Alter Arms Updates:
For a look at the full rules, you can join the discord.
Updated references to drama (the health mechanic) levels to reference base 5 instead of base 4 (each form that a character has unlocked gives them an additional 5 drama they can take before they crash (as opposed to the prior 4 drama per form)
Update pratfall rules to mention that you can choose to either lose 2 drama or add +3 to any current assets (creating a new asset at +3 if none currently exist). Rolling a ‘1’ when making a move gives you the choice between healing yourself or creating a bonus for you and your allies. This is in addition to any successes the move may have by itself.
Archetype Updates:
Support Archetype:
Clarified that when using the ability to rearrange drama that you round up when taking up to half of allies’ drama so that more drama is moved between party members. If used to remove drama from one person altogether, then any successes acquired from combos all total up
Special Ability Updates:
Clarify that, when attacking someone who is using the AGGRO special ability to avoid being targeted, you still make your initial attack to see if you can get multiple successes or otherwise activate any special abilities.
For CONJURE, specify that the value of the tool is rounded up after dividing by 3 (giving the user a stronger tool) and clarify that tools disappear at the end of conflict.
For CROWD CONTROL, clarify that the final attack you get as part of your super is specifically against a single target after any combos are resolved, giving players a final move after managing any enemy mobs.
Cleaned up SHIELDS rules to specify that created shields can be used for any vector, but will degrade by half (rounded down). This is intended to increase use.
Updated REDIRECT so that the user must take half of the drama (rounded down, minimum 1) in order to activate it. Before, it was activated by making a successful roll with a ~50% success rate, making it similar to, but more powerful than, another ability that allowed you to just avoid taking drama altogether.
Renamed BERSERK to RESOLVE because the mechanics of the move didn’t back up the flavor of the text. It’s intended to evoke feelings of perseverance.
Edited RIPOSTE so that it cannot be used against the VERSUS special ability, which warrants an attack from its target by default.
For STEALTH, clarified that when attacking someone using the ability, you always make the initial move to see if combos or special abilities activate. Also, the super move doesn’t auto-combo, but it will give the target twice as much drama as it normally would.
Cleaned up VERSUS to clarify that whoever wins the initial clash only gets a combo if they had multiple successes, and that the initial caster will always get the last shot in.
I hope to see you at a playtest soon. If you're interested in more frequent updates, I recommend joining my discord.